A while ago I participated in RVB Ganked 103 and the theme was rifter hulls. With the choice between rifter, jaguar and wolf I would have liked to fly a wolf for the dps but instead went for a jaguar, e a shield jag flies 3 km/s vs 2 km/s for the armor wolf.
Artillery over autocannons was an easier choice. A relatively big fleet like this and a horde of small ships means everything turns into a race to get on killmails. So I’d need the ability to close range fast and large as possible damage application range.
My fit had an invulnerability field that I forgot to activate when targeted so perhaps next time I’ll replace it with a sensor booster (pod catching, km whoring, kb padding, one of the better pvp modules). 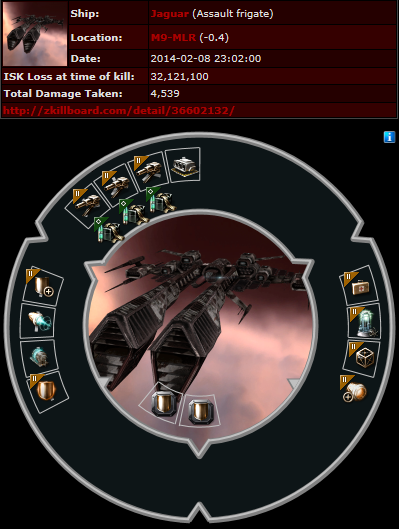 It took a while to get started but eventually we undocked and headed for null sec space. While in high sec the fleet brought its own tidi wave but this passed once we got close to null. Our basic plan was to go to renter space and kill some ratters engaging anything we could handle while on our way. Mostly we jumped back and forth among the pipeline between Doril and HLW-HP, managing to get some fights. Outside combat (voice) chat was something of a mess but when action came targets were called out loud and clear (and sometimes broadcasted as well).


The most important events of note were encounters with bombers camping a gate, a CFC cruiser gang and some exchanges with an N3 interceptor gang. Guest of note was Sugar Kyle, CSM9 candidate, bringing along some support from her chat channel 'Spoonful of Sugar'.


After I lost my second ship I decided against reshipping and left fleet heading back to high sec in my capsule. On the way back I had a small adventure in one system with half a dozen drag bubbles and a hostile brutix but I managed to deny him an unsatisfactory empty clone kill and made my escape.


Ganked 106 will be ECM themed and I would have loved to join hat one but I’ll be spending that day playing board games: Twilight Imperium (plastic space ships!), Civilization, Smallworld.


In other news:
My main finished Mining Director V, one alt finished Sentry Drones V and the other alt is little over a week away. A wormhole PI alt trained to get into a decently tanked but shitty dps drake. 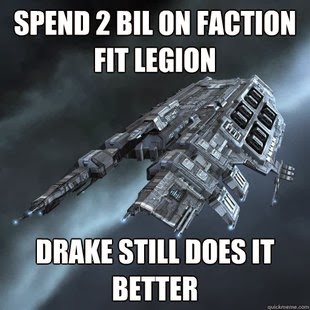