My Eve play is on a hiatus and has been for almost two years now. I have no goals so no real reason to log in except to keep my skill queue active and collect goodies every now and then.

Lobotomizing alts gave me enough ISK to keep my two accounts subscribed through 2017.

But yay! I did achieve my goal of getting to the number one position in number of level 4 skills.

Still spending way too much of my free time playing computer games but these days it is World of Warships that has my interest as it offers me the PVP experience that EVE fails to deliver.

Posted by Raziel Walker at 10:55 AM No comments:

Still alive, brought back by expiring accounts and skill extractors.

Logged in to vote for the CSM as well. Was not going to but saw Joffy Aulx-Gao online so decided to vote and show my support. 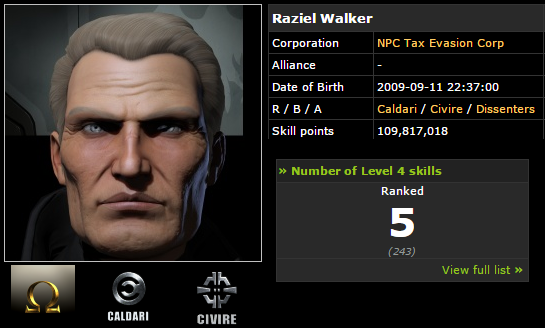 As I downsized to two accounts I also took the opportunity to lobotomize unused skills from my alts turning those skillpoints into 30 PLEX and 30 billion isk.

Another alt was injected with a skill injecter to instantly give him armor rigging skills to fit bulkheads.

Posted by Raziel Walker at 8:16 PM No comments:

In preparation for my summer vacation and as a nod to Scalzi who manages to post stacks like this every week. 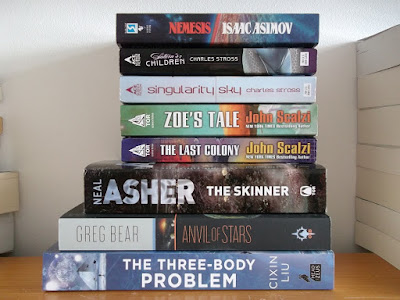 Nemesis and Anvil of Stars are childhood books that I now purchased for myself. 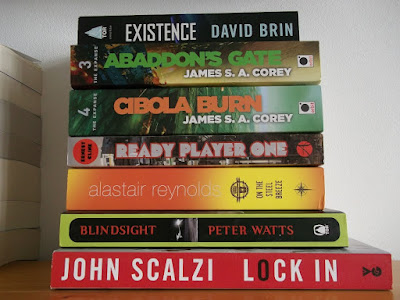 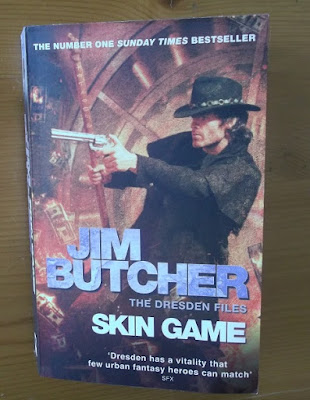 Skin Game should have been in the stack of books but I already made my start on this one. 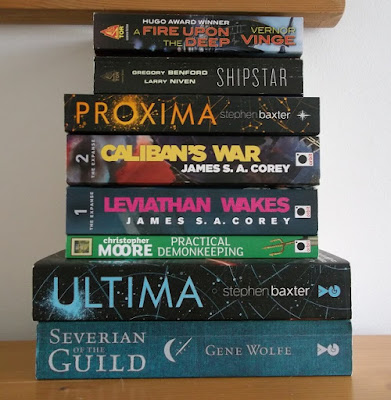 The books I just finished.

The exception is Severian of the Guild which I have owned for several years but I stopped reading halfway through in the past. Still waiting for a good time to pick it up again.
Posted by Raziel Walker at 11:26 AM 3 comments: 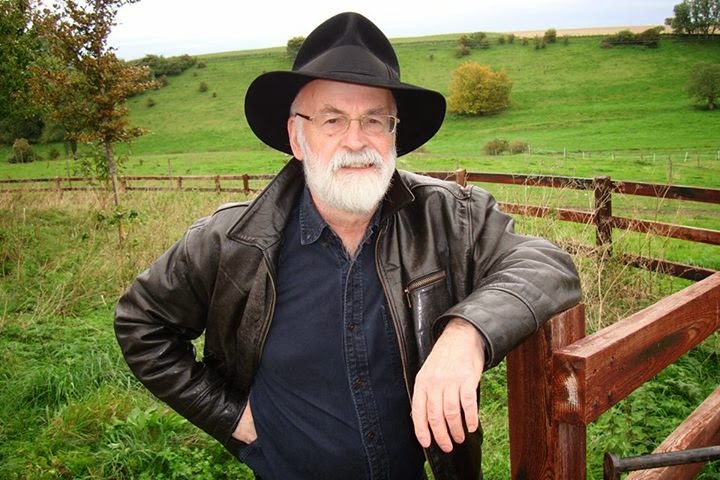 As with Iain M. Banks before we knew this was coming but the news still came unwanted and unexpected. My condolences to the family.

Terry's legacy and creations live on though and will keep us smiling through the dark times to come.

This morning when I woke to my radio alarm clock playing Roy Orbison's 'You've got it'.

This evening I wanted to come online and play EVE tonight but instead I looked up the song and spent two hours reading his wikipedia page and associated links plus youtube videos of his songs. 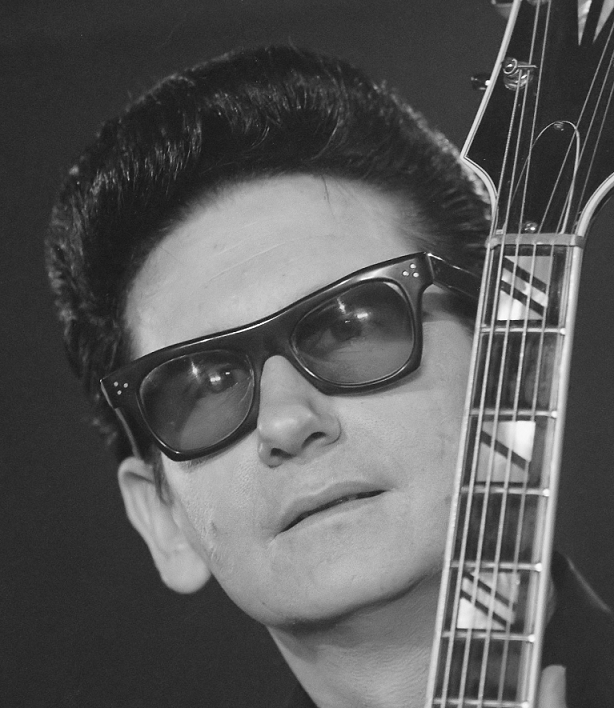 ninja edit: title corrected...must have been in a hurry to get some sleep.
Posted by Raziel Walker at 9:18 PM No comments:

Really late this year but still in time that I am allowed to vote at all.
http://community.eveonline.com/news/news-channels/eve-online-news/introducing-your-csm-x-candidates/
77 eligible candidates

Only 2 candidates that failed to pass the security check, one of which was Trinket’s Friend. http://localectomy.blogspot.nl/  (who I think would have made a decent candidate, shame he was refused candidacy because of unknown)

Vote Match if you have trouble matching candidates to their platform.
http://match.eve-csm.com/

1.    Mike Azariah - Placed first on my ballot even though he would fit between Gorski and Psianh in how high I rate him. Because I want him on the CSM and think he needs first round votes to pass the threshold most of all.

3.    Gorski Car – Heard good things about him, I like his blog. Why do I stil think of him as PL? I included him, just to give him a chance to proof his place on a real CSM. Was going to place him 5th in my list but moved him to third place for the same reason Mike is nr 1, Afraid that 5th place will be too low to actually get my vote to count for him in any way.

4.    Steve Ronuken – Based on blogs and recommendations, not because I have any clue on his worth and value.

5.    Corbexx – Based on blogs, recommendations and mainly his wormhole income rebalancing efforts.

Then things start getting difficult because names are often associated with corps/alliances I don’t support or are unknown/new faces.

6.    Endie – CFC, recommended by lots. He won’t need my vote but I’ll give it just to give off the signal that I’d prefer him over Sion.

7.    Manfred Sidious – PL, as Endie he gets in just based on recommendation by blogs I read.

8.    Psianh Anyvander, tainted with the Noir name. Since Gevlon and Noir had a falling out that name no longer has a positive connotation for me. (Noir Academy is not Noir Mercenaries and Psianh is a person, not the organization but the taint remains, I am just too lazy to try an overcome my bias.)

9.    Jayne Fillion – community stuff, wasn’t there some controversy he was involved in with bomber’s bar?

11. Bam Stroker – community stuff. Only thing I heard about was the Down Under meet. Either he gets elected by his real suporters or not.


Little things:
Last post I read before making my own:
http://eve-prosper.blogspot.nl/2015/03/hari-seldon-for-csm.html

Endie/Sion/Thoric: Does the CFC really think the best possible CSM includes 3 CFC members parroting each other?

Incumbent CSM members about other incumbent CSM candidates?
Here I noticed Mike did not get all that many endorsements.

What is wrong with your list?
You mean the shuffling at the end and no nr 10? Sion would have been nr 10 on my list but was removed so I was left with only voting list of 14. Decided to place Bam/Ariete further back on the list when doing the actual voting. And a link back to the past:
CSM9 voting post
http://razielwalker.blogspot.nl/2014/04/eve-csm9-voting.html

Get into a carrier.
Completed, even lost and replaced one already.
http://razielwalker.blogspot.nl/2014/12/eve-how-to-lose-carrier.html

Isis, certificates and skill training.
Completed, I have all the masteries I wanted (for Raziel everything subcap caldari at IV except for stealth bombers) and stuck with my goal of training existing skills over injecting new ones.
Last week I was less than a month away from training all existing skills to at least rank 4 and I finally caved and bought 40 new skillbooks to inject.
http://eveboard.com/pilot/Raziel%20Walker/

More research/manufacturing.
Completed, While involved in T2 manufacturing this is limited to inventing and building a couple of thousand T2 modules every month for my alliance.
I bought more blueprints, researched more blueprints, actually build almost as much as I could get materials for in nullsec where my two indy alts are located but profit was still limited compared to trading. More profit can be generated by using a freighter service and selling implants and faction modules on the local market.
The state of my blueprints two months ago.

Wealth and asset increase
Total failure, I actually have no idea of my current value but I'd estimate it around 25-30 billion isk equally split between assets, wallet and sell orders.
On the other hand, I have no real pressing need or desire for more weatlth or assets until I want to pay for my own station.

SoE Ships
Total failure, the only missions I completed this year where the epic arcs. I do have an astero and stratios but those were bought on the market.

PVP
And not to annoy Drackarn but I might just try out this FW thingie. After all, he keeps writing about those plexers earning 100m isk an hour.
Incomplete, no actual progress has been made in getting more excited about or feeling a desire to engage in pvp.
I actually spent one or two months training up an alt to fly a cloaky venture for some button orbiting and ran about half a dozen small sites. Stealth bomber missions are probably a better option if you want to do FW for isk. And if you are into FW for the pvp then it's better to invest your training time in a pvp frigate instead of cloaky WCS button orbiters.

Bonus goals
While I did participate in two ganked roams and was the victim in a bombers bar run the number of social events I attended was less as intended. There was always an excuse not to participate. Not interested today, not enough time to prepare, wrong timezone, expensive training clone.

Looking to go back to three accounts as soon as I feel I can live with only three training queues and without the option to log in that extra scout.

Going to sell of more unneeded assets so I am more flexible when relocating. Going to put my characters more together doing fun projects instead of spreading myself out with characters in high sec, null and wh space.
Posted by Raziel Walker at 2:24 PM No comments: